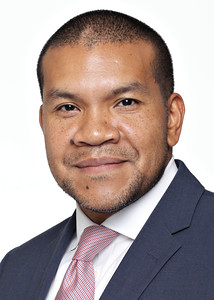 Brian Surratt is the executive director of Local Initiatives Support Corporation (LISC) Puget Sound. Previously, he was the senior policy advisor to Seattle Mayor Ed Murray on economic development and the city’s power and water utilities. Surratt was the mayor’s lead in Seattle’s efforts to create a path for $15 per hour minimum wage and represented the mayor on major business recruitment efforts, including successfully retaining Juno Therapeutics headquarters, a cutting-edge cancer-fighting biotechnology firm, in Seattle. Prior to city government, Surratt was the public affairs manager for the Seattle Seahawks and First & Goal Inc.; a founding vice president of FMYI Inc., a Portland, Oregon-based information technology company; a program manager for a Seattle community development foundation; and a legislative aide to former Washington State Rep. and current Washington State Treasurer Jim McIntire.

Surratt’s leadership was recognized by the German Marshall Fund of the United States, the Asia Society, the White House Fellowship program and the Puget Sound Business Journal’s 40 Under 40 award. He was recently featured as one of The 15 People Who Should Really Run Seattle in Seattle Met Magazine. He received his bachelor’s from the University of Tulsa and his MPA from the University of Washington.