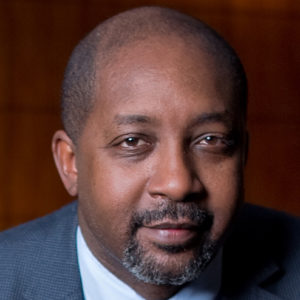 Mario L. Barnes was appointed the Toni Rembe Dean of the University of Washington School of Law President on July 5, 2018. Prior to his appointment, he was a professor and senior associate dean for academic affairs at the University of California, Irvine, where he is recognized nationally for his research on the legal and social implications of race and gender, primarily in the areas of employment, education, criminal and military law. Barnes taught courses in criminal justice, constitutional law, critical theories and national security law. He also holds a joint appointment in the department of Criminology, Law & Society, is a faculty affiliate in the Center in Law, Society & Culture, and is the co-director of the UCI Center on Law, Equality and Race. He previously served as associate dean for research and faculty development for the UCI School of Law.

In 2015, The National Jurist Magazine named him as one of 20 national leaders in furthering diversity efforts in legal education. Prior to his academic career, Barnes spent 12 years on active duty in the U.S. Navy, including service as a prosecutor, defense counsel, special assistant U.S. attorney, and on the commission that investigated the 2000 bombing of the USS Cole in Yemen. His reserve assignments included service with the Naval Mine and Anti-Submarine Warfare Command in San Diego, the Navy Inspector General’s Office in Washington, D.C., and U.S. Special