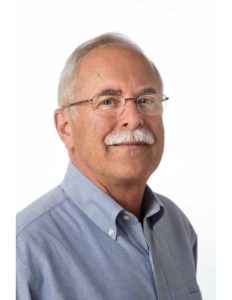 In this role, Peter also chaired the state Board of Natural Resources, which sets policy for the management of state trust lands. These lands include some 3 million acres of publicly owned forests, agricultural and grazing lands, and commercial properties. State lands raise millions of dollars each year to fund the construction of public schools, colleges, universities, and other government institutions, as well as county and state services. In fiscal year 2007 alone, the lands managed by DNR produced more than $209 million in revenue for trust beneficiaries.

The Department of Natural Resources also manages approximately 2.6 million acres of aquatic lands, which include shorelines, tidelands, lands under Puget Sound and the coast, and navigable lakes and rivers and natural lakes, generating nearly $35 million per biennium. DNR monitors cleanup and restoration efforts from mining operations, and assists communities by providing scientific information about earthquakes, landslides, and ecologically sensitive areas

Peter Goldmark began his education in a one-room schoolhouse at Duley Lake near Okanogan, Washington. He graduated from Okanogan High School in Okanogan and in 1967 received a degree from Haverford College near Philadelphia. After receiving his Ph.D. in molecular biology from the University of California at Berkeley in 1971, he traveled to Harvard University for a postdoctoral fellowship in neurobiology. Following his marriage in 1972, he moved back to Okanogan with his wife, Georgia. Together, they raised their five children on the family ranch. Sadly, Georgia succumbed to cancer in 2003.

Goldmark has had a lifelong involvement with agriculture, science, education, and public service. Included among his public service positions are the following:

Goldmark maintains a small scientific research facility at his ranch and has published scientific articles in national and international journals. He currently maintains a wheat-breeding program at his facility and has recently released new varieties for Washington wheat farmers.

Goldmark and his wife, Wendy, divide their time between their ranch in Okanogan and home in Olympia.