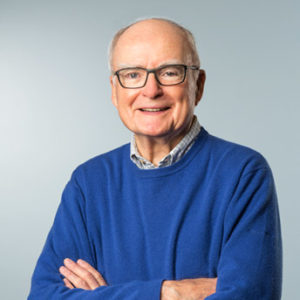 After passing the Indiana bar exam in 1960, Bill began his career in law at his family’s firm of Ruckelshaus, Bobbitt, and O’Conner where he worked for eight years. In 1960, at age 28, he was appointed Deputy Attorney General of Indiana, and served through 1965. As Deputy Attorney General, Bill served as counsel to the Indiana Stream Pollution Control Board where he obtained court orders prohibiting industries and municipalities from heavy pollution of the state’s water supply. In 1961, he helped draft the 1961 Indiana Air Pollution Control Act, Indiana’s first attempt to reduce pollution. By 1967, Bill had won a seat in the Indiana House of Representatives. During his term in office, until 1969, he served as Majority Leader of the House.

In 1969, President Richard Nixon appointed Bill as Assistant Attorney General in charge of the Civil Division for the United States Department of Justice, a post he held until his appointment as first administrator of the Environmental Protection Agency (EPA) on December 2, 1970. One of Bill’s first tasks as EPA Administrator was to address the Cuyahoga River burning, where he worked with the Attorney General of the United States to file suit against the Jones and Laughlin Steel Corporation for discharging substantial amounts of cyanide into the Cuyahoga River near Cleveland. Later, he would oversee the implementation of the Clean Air Act of 1970 and ban the use of DDT, claiming that DDT is a “potential human carcinogen”.

Because of the Watergate scandal, there was a reshuffling of Nixon administration posts in April 1973, and Bill was appointed as Acting Director of the Federal Bureau of Investigation. Later that same year, Bill was appointed Deputy Attorney General of the United States Department of Justice. In an event known as the “Saturday Night Massacre”, Bill and his supervisor, Elliot Richardson, resigned their positions within the Justice Department rather than obey an order from President Nixon to fire the Watergate special prosecutor, Archibald Cox, who was investigating official misconduct on the part of the President and his aides.

After leaving the Department of Justice, Bill returned to the private sector to practice law, joining the Washington law firm of Ruckelshaus, Beveridge, Fairbanks, and Diamond in 1973. Two years later, he accepted a position as Senior Vice President of Legal Affairs of the Weyerhaeuser Company.

In 1983, with the EPA in crisis due to mass resignations over the mishandling of the Superfund program, President Ronald Regan appointed Bill to serve as EPA Administrator again. Bill served until 1985 before joining Perkins Coie, a Seattle-based law firm.

Bill has served on the boards of Isilon Systems, Weyerhaeuser Company, Nordstrom, Inc., Cummins Engine Company, Monsanto Company, Solutia, Inc., Pfizer, Inc., Coinstar, Inc., Pharmacia Corporation, and the Energy Foundation. He is the founding director and a board member of the Initiative for Global Development, Chair Emeritus of the William D. Ruckelshaus Center, and Board Emeritus member of the World Resources Institute and the University of Wyoming, Ruckelshaus Center. From July 1997 to July 1998, President Clinton appointed him as the United States envoy in the implementing of the Pacific Salmon Treaty. In 1999, he was appointed by Governor Gary Locke as the Chairman of the Salmon Recovery Funding Board for the State of Washington. In May 2007, Governor Christine Gregoire appointed Bill as Chairman of the Leadership Council of the Puget Sound Partnership. In June 2001, he was appointed by President Bush as a member of the Commission on Ocean Policy which was created by Congress in 2000. In 2015, Bill was awarded the Presidential Medal of Freedom, the nation’s highest civilian honor, by President Obama.

Bill lived with his wife, Jill, in their Seattle, Washington home. They have five children and 12 grandchildren.

For more information on Bill, read a letter from our Center Director and Advisory Board Chair here, or watch Advisory Board member and Bill’s close friend and confidant, Jerry Grinstein, highlight Bill’s career here.