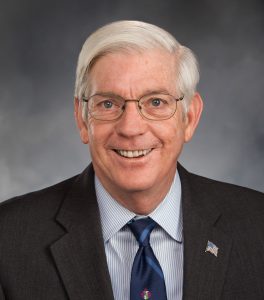 Bruce Chandler is serving his ninth term representing the 15th District, which is located in east Yakima County. Bruce focuses on policies promoting water storage, economic growth and the safety of Washington’s families

He serves on the Pacific Northwest Economic Region (PNWER) as well as the board of directors for the State Agriculture and Rural Leaders Association.

Chandler has three grown children and more than 30 years of experience in the fruit industry and currently owns and operates a commercial fruit orchard near Granger.