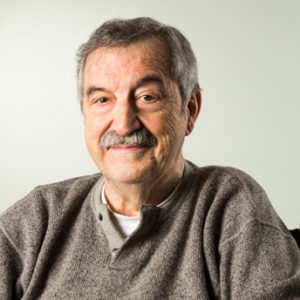 On behalf of the Ruckelshaus Center Advisory Board, faculty and staff, and everyone else at Washington State University and the University of Washington affiliated with the Center, we are sad to note the passing of Jack Creighton—a founding and Emeritus member of the Center’s Advisory Board member.  Jack, Bill Ruckelshaus, and Jerry Grinstein were good friends who became partners at Madrona Venture Group in 1988.

Jack’s accomplishments were impressive. During his career, he was President and CEO of Weyerhaeuser, Interim Chairman and CEO of United Airlines, and Vice-Chairman and Director of Unocal. He joined Madrona as a strategic director in 1998, was President of the National Council of the Boy Scouts of America, Co-Chair of the World Trade Center in Seattle, Civilian Aide to the Secretary of the Army for the State of Washington, and Chairman of the Washington State University Foundation (he is held in high regard by people across the WSU system). In addition to the Ruckelshaus Center Advisory Board, he also served on the boards of Intrepid Learning Solutions, SaltChuk Resources, and the Ohio State University Foundation.

Everyone who knew Jack thought he was among the kindest people they had ever known. When we asked the Center’s longest-serving staff member, Cheryl Rajcich, what came to mind when she thought about Jack, she said, “Jack had a lot of the same qualities as Bill.  He was very kind, easy to talk to, and clearly very smart. He made me feel like I was important whenever we spent time together, even when I was his impromptu chauffer!”

We are not sure there is a better way to say it – Jack had a lot of the same qualities as Bill Ruckelshaus.  Those of us affiliated with the Center know that there is no higher praise. We will all miss Jack, and are glad he has been, and will continue to be, part of our story, as a member of our Emeritus Board.