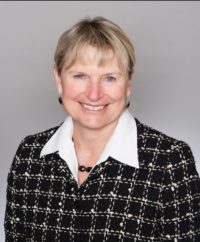 Cindy is Vice President at Gordon Thomas Honeywell Governmental Affairs. Prior to joining GTHGA, Cindy served as Chief of  Staff to Governor Christine Gregoire. She also served as the CEO of Washington State’s public affairs network, TVW, and Chief Clerk of the Washington State House of Representatives.

Cindy began her career as a truck driver and dockworker followed by a number of leadership positions within the Teamsters union, including International Representative, Coordinator of the Washington Joint Council of Teamsters; and Secretary-Treasurer and Principle Officer of the Freight, Tanker, and Carhaul Drivers in King County.

Cindy has a long history of community involvement including serving on the University of Washington Board of Regents and the boards of Fred Hutchinson Cancer Research Center, WSU Tri Cities, Washington State Workforce Board, and Pacific Education Institute and University of Washington, Tacoma. She has served on the executive boards of the National Caucus of State Legislatures, the Trust for Representative Democracy, the NCSL Foundation, the National Association of Clerks and Secretaries, and the National Association of Public Affairs Networks.

She currently serves on the Washington State Public Stadium Authority Board. Cindy received a bachelor’s degree in anthropology and a master’s degree in educational psychology from the University of Washington. She lives in Olympia with her husband, Mike Branstetter.