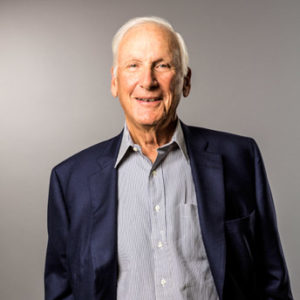 Gerald (Jerry) Grinstein returned to Madrona as a strategic director in late 2007 after a leave of absence serving as CEO of Delta Air Lines for almost four years. A co-founder of Madrona Investment Group, Jerry served on the board of portfolio company Expedia.com. “Some of our most successful entrepreneurs are really inventors at heart. I think of Madrona not only as a source of capital but of business strength that takes an innovation and moves it into the marketplace.”

He is the former non-executive chairman of Agilent Technologies, and former chairman and CEO of Burlington Northern Inc. (BNI), where he oversaw the company’s acquisition of Santa Fe Pacific Corporation, which created the nation’s largest railroad. Prior to joining BNI, he was chairman and CEO of Western Airlines and was chief counsel to the United States Senate Commerce Committee, and counsel to the Merchant Marine & Transportation Subcommittee. Jerry is trustee of the Henry M. Jackson Foundation and a board member of Long Live the Kings, University of Washington Foundation, The Seattle Foundation, Foster School of Business and the William D. Ruckelshaus Center.

Jerry is a graduate of Yale College and Harvard Law School.