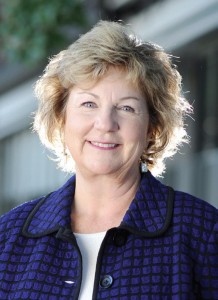 Megan is Chairman of Baker Boyer headquartered in Walla Walla, Washington. Baker Boyer is the oldest independently owned community bank in the Pacific Northwest. Its team of advisers have diverse expertise and are focused on one goal: to help local families manage assets to build local legacies.

Megan has brought about a great deal of change in a family owned community bank at a time that the overall industry is challenged. She has increased the bank’s profitability, grown its customer base and opened new offices during a very tough economic period.

She currently serves as a Trustee of Whitman College and Chair of the Resources & Investment Committee. Megan recently joined the Board of A-Dec, a family owned dental supply company. Megan also serves on the Advisory Board of the Ruckelshaus Center as well as the President of the Foundation for the Ruckelshaus Center. Megan recently served as a Director for the Federal Reserve Bank of San Francisco and was Chair of the Audit Committee.

Megan has been recognized by the Puget Sound Business Journal as a leading Woman of Influence and received the Executive Excellence award from Seattle Business.

Prior to joining Baker Boyer, Megan worked for Marakon Associates, an international consulting firm that was a spin-off of Wells Fargo’s Corporate Finance  group. Megan is a graduate of Whitman College (Phi Beta Kappa) and the Sloan School of Management, MIT.