Skip to main content Skip to navigation
Posted by webadmin | May 12, 2020 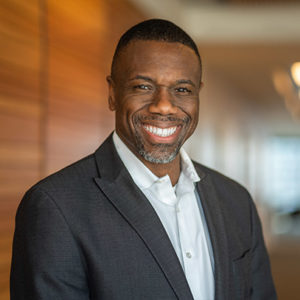 Michael leads SeaFdn’s Civic Commons, providing vision and leadership to a collaborative effort to design a new regional civic infrastructure to unite more community voices in decision-making. This undertaking builds on the Foundation’s longstanding work to advance racial and economic equity by increasing the voice and power of communities. It aims to craft collective solutions that will make our region a stronger, more vibrant home for all.

Since beginning his tenure at the foundation in 2001, Michael has led efforts to elevate community voice and foster public-private partnerships, tackling complex challenges in the areas of affordable housing, economic and racial equity, policy, and advocacy. He led the development of the Seattle Foundation’s Center for Community Partnerships, which focuses directly on targeted efforts to achieve greater racial and economic equity.

A seasoned strategic leader in the philanthropic field, he brings perspective as a veteran of funder collaboratives and collective impact efforts, including SkillUp Washington to improve economic opportunity for low income adults, the Road Map Project to improve education and student achievement; Communities of Opportunity to improve health and well-being outcomes for low income communities in the greater Seattle region; and the Sustainable Communities Funder group working to address issues at the intersection of environmental sustainability, equitable inclusion and economic opportunity.

From 1997 to 2000, Michael served as a legislative aide to City of Seattle Council-Member Richard McIver. Michael also served as Deputy Director for the Washington Association for Community Economic Development, a non-profit organization that provided training and technical assistance to statewide community-based development organizations.

A native of New Orleans, Michael received his Master of Public Administration from the University of Washington and his Bachelor of Arts in Political Science from Loyola University (New Orleans). Michael is past president of the Building Changes Board of Directors and Neighborhood Funders Group, a commissioner at the King County Housing Authority and a board member of the Washington State Budget and Policy Center and the University of Washington Alumni Association.

Michael received Grantmakers in Health’s 2018 Terrance Keenan Leadership Award in Health Philanthropy, which recognizes outstanding health grantmakers whose work is distinguished by leadership, innovation, and outstanding achievement. He is a co-chair of the National Committee for Responsive Philanthropy’s 2019 NCRP Impact Awards Selection Committee. Michael is also an American Marshall Memorial Fellow and a graduate of Leadership Tomorrow.

Michael has been working at Seattle Foundation since 2001.