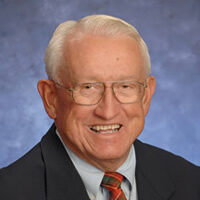 Ralph Munro previously served as Secretary of State, where he championed numerous programs to make voting more accessible. He also served as President of the National Association of Secretaries of State, Co-Chair of the International Task Force of the Council of State Governments, and a member of the Commission on Voter Participation. Ralph has been closely involved with educational programs; as Special Assistant to Governor Dan Evans, he worked on issues related to public schools, colleges, and universities. He has received numerous awards, including the Warren G. Magnuson Award for Outstanding Public Service, the World Citizen Award from the Seattle World Affairs Council, and the Executive Leadership Award from the Washington State League of Women Voters.