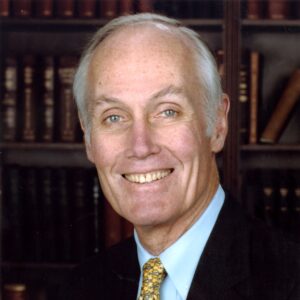 In 1958, Slade Gorton began his political career as a Washington State Representative. He later served three terms as Attorney General, during which he argued 14 cases before the U.S. Supreme Court. In 1980, Slade was elected to the U.S. Senate. After retiring from the Senate in 2001, he joined Preston Gates & Ellis (now K&L Gates). Slade served on various commissions, including the 9/11 Commission and the Washington State Redistricting Commission. He received degrees from both Dartmouth College and Columbia Law School. He is known for “saving baseball” by keeping the Mariners in Seattle.

Slade Gorton passed away in August 2020. You can learn more about his impact here.