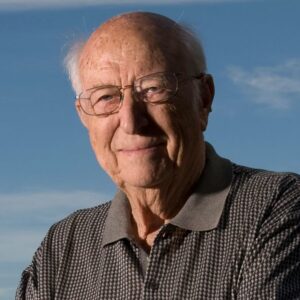 Bill Gates Sr. was Co-Chair of the Bill & Melinda Gates Foundation. He was also a founding partner at Preston Gates & Ellis, which later became K&L Gates. Bill served as President of both the King County Bar Association and the Washington State Bar Association. He also served on the boards of King County United Way, the Greater Seattle Chamber of Commerce, the University of Washington, and the Ruckelshaus Center. Bill and his late wife, Mary Maxwell Gates, raised three children – Bill, Kristianne, and Libby. He has been described as “a good man with a big heart [and] a generous public spirit.”

Bill Gates Sr. passed away in September 2020. You can learn more about his impact here.